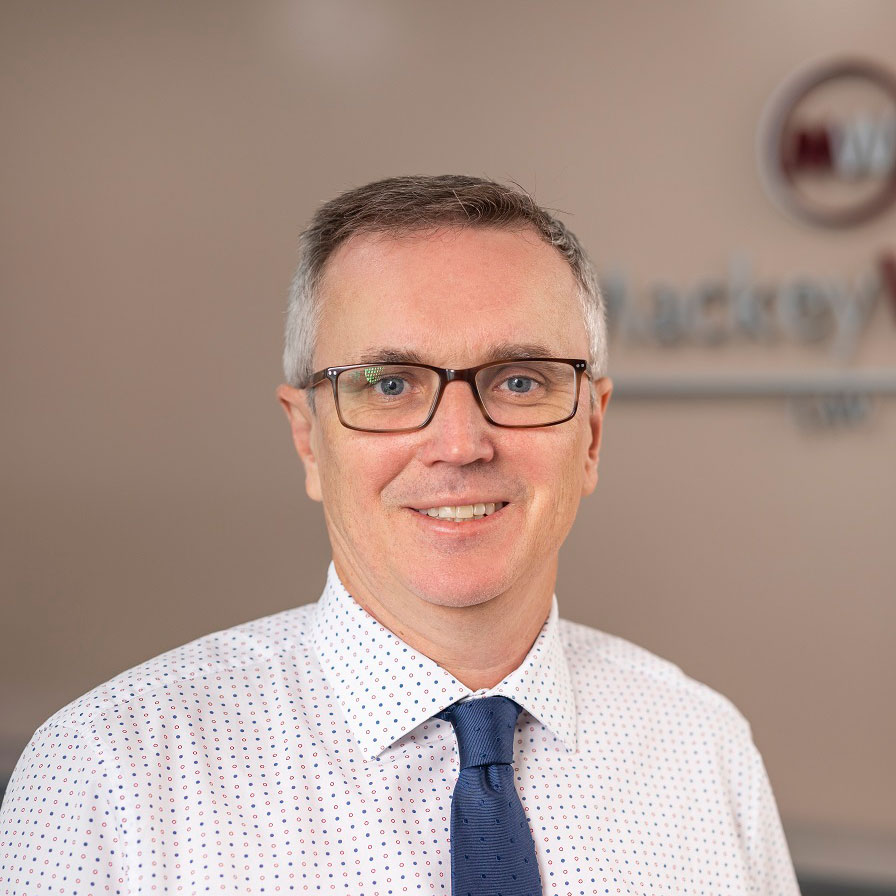 Terry is a Principal of Mackey Wales Law and leads the firm’s commercial law and estate planning teams.

Terry commenced working in the law in Townsville in 1988 and was admitted as a legal practitioner in 1994.

Terry practices heavily in commercial law areas and quickly establishes a two-way working relationship with his clients to assist them with their business needs. Terry undertakes all forms of property transactions including commercial and business conveyancing and leasing (both commercial and retail). Terry has acted on behalf of numerous major commercial clients in both the private and public sector.

Terry also practices in business succession (company/ shareholder transactions and re-arrangements) as well as personal estate planning. This compliments the needs of his commercial law clients.

In addition to working at Mackey Wales Law, Terry is:

Add Terry Fanning to Your Contacts