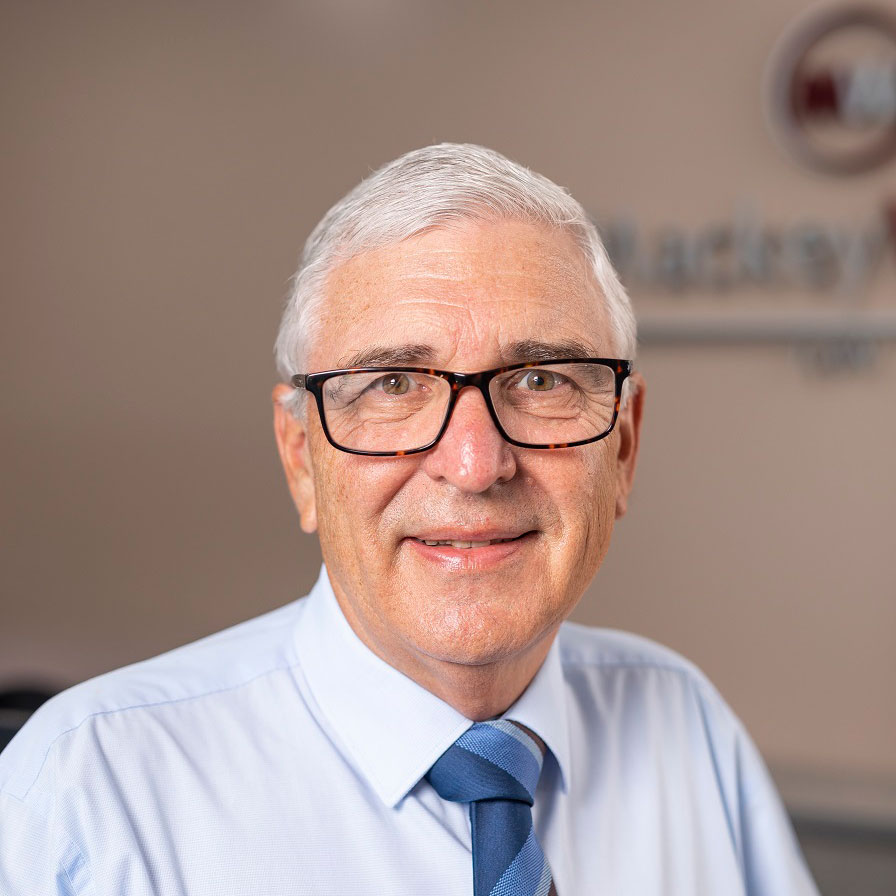 Rod Barnes joined Mackey Wales Law as Special Counsel in February 2018, renewing a close working relationship with one of the MWL partners Terry Fanning, with whom he worked closely for many years.

Rod was admitted as a lawyer in 1975 and into partnership at one of the largest and longest established North Queensland law firms in 1976. Rod’s term as a partner included time as managing partner. In 2005 and after 30 years in private legal practice, Rod left that partnership to take up a position of senior commercial lawyer at a leading Gold Coast law firm. In 2008 Rod was invited to be the first-in house solicitor at James Cook University. In 2011 Rod moved to be Director of Commercial Services and he remained at JCU until 2018, with a key focus on companies and major projects.

Throughout his career, Rod worked as commercial lawyer across a number of areas including company, governance, compliance, taxation, business transactions, leasing, commercial conveyancing, wills, and estate planning. Throughout his career Rod has assisted clients in achieving tax effective, negotiated solutions, working closely with other key client advisers including accountants, bankers and valuers. Rod’s practice included acting as a mediator and helping clients achieve mediated outcomes. Rod works closely with clients and team lawyers with a personal approach which embeds a close understanding of their business and family connections.

Rod is a past president of the Townsville Chamber of Commerce and he also served as a board member of Townsville Enterprise for 10 years. Rod has been on the boards of many local community organizations including The Cathedral School, the Australian Festival of Chamber Music and the Townsville Yacht Club.

Add Rod Barnes to Your Contacts